The Silverstein Photography Annual (SPA) is part of the gallery’s ongoing effort to provide exposure to emerging artists whose work incorporates the medium of photography. Bruce Silverstein Gallery with the guidance of curatorial advisor Nathan Lyons, annually invites ten prominent curators to nominate one artist whom they feel deserves the opportunity for further exposure within New York’s cultural milieu.

Since first encountering Juliane EIrich’s work in 2007 (while putting together a group exhibition featuring artists who focus primarily on nocturnal subject matter) I have continued to be impressed by her depictions of the profound effects darkness has on manmade and natural environments. This selection from her latest series, “Korean Diary” (2007-2008), features striking artificially lit landscape elements—a residential skyscraper, an abandoned roadside boat, and an ice-skating rink—set against pitch-black skies. In addition to making for dramatic light/dark contrasts and a surreal sense of flattened space, the nighttime setting and feeling of remove emphasize the photographer’s distinct outsider perspective. Eirich’s chosen subjects give off the impression of having been furtively, yet assiduously, observed under the cover of night.

Eirich worked on “Korean Diary” over the course of an eighteen-month stay in South Korea. During this period she methodically documented her experience with the intention of creating a photo-diary wherein a single image would represent each day of her trip. The catch was that she permitted herself to take only one photograph per day (or, as was often the case, one photograph per night.) That Eirich restricted the use of her camera to document solely what she deemed to be the most arresting, unusual, or beautiful moment of each 24-hour period is a remarkable exercise in self-editing. The fact that she used an analog camera, tripod, and long exposure technique indicates her technical skill and patience. Given the options available with digital photography—seemingly unlimited memory cards and foolproof automated settings—Eirich’s practice is refreshingly restrained and deliberate. 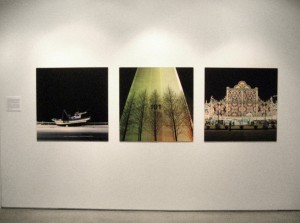 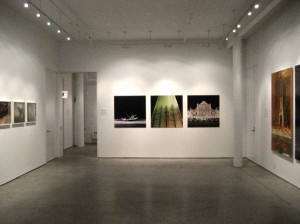